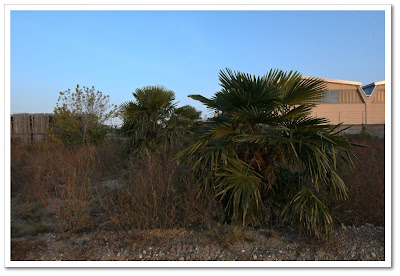 In a recent post in his blog Joerg Colberg, stripped out the essence of an article appeared in "the Village Voice" and titled "Contemporary Art Photographers Mess With the Medium". Joerg's quote is worth considering for itself.

The quote seems to suggest that the attention to the the process is to be considered a waste of time given the many things waiting to be documented about the deep cultural and economical crisis we are facing now. But I'm not in for a commentary, instead I would like to point out this little experience I had a couple of days ago with my teenager daughter about what is to be considered a photography. The question rose on the meaning of the term "posa" (in Italian a mix of exposure and pose). In photographic terms the posa is the first technical step in the process.

The obvious reference was to read the first pages of Stephen's Shore "The nature of photographs" but after a while I realized that the cognitive problem was a bit deeper that initially thought. The highly theoretical assertions by Shore are not easy to grasp in the absence of a sound practice.

Being a guy photographically born in the darkroom, the idea that a photograph is a product of a process that goes from visualization till the finished print took form the first time I developed a roll of black and white Ilford Panf (for several reasons that may surprise you I've always avoided Kodak :-) and what came out was not only far from being satisfactory but evidence was that the things to work out were quite a lot. Along the rather steep learning curve in making photographs I've come across several conceptual frameworks that helped me in separating the strictly technical processes from the cognitive ones. A conscious approach to the processes my be of some help in playing the visual game. Reflecting on the process is a question that recurs every time there is a change either in techniques or, if I may simplify, in our second nature or in the general Gestalt.

Instead my daughter grew up the purely digital instant picture world. For her taking an exposure/pose and making a photograph was the same thing. The purely digital grown uses a more opaque tool than ours. I wont say that everybody must do reflection on the media, may the Gods save us from this, but a specialized niche may have some sense for a lot of people. Usefulness anyway has never been a decisive support to Art making.

This is to be intended as a critique to the content referred by the post and not the post itself, of great utility.
Posted by Unknown