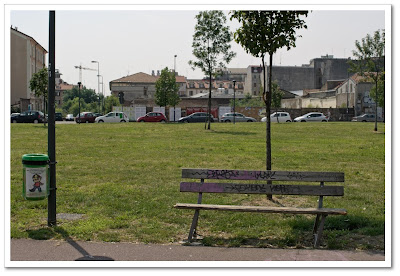 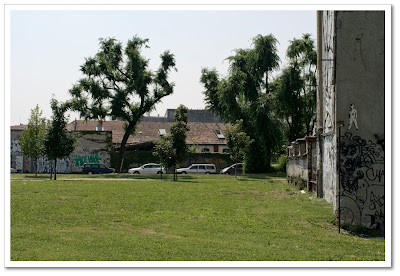 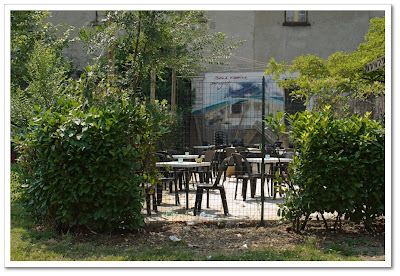 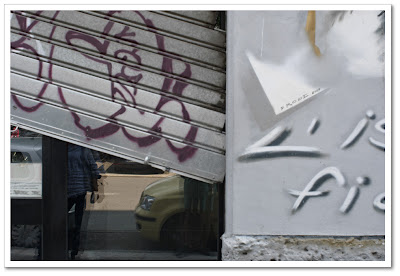 “This planet has — or rather had — a problem, which was this: most of the people on it were unhappy for pretty much of the time. Many solutions were suggested for this problem, but most of these were largely concerned with the movements of small green pieces of paper, which is odd because on the whole it wasn't the small green pieces of paper that were unhappy.” Taken from "The Hitch Hiker's Guide to the Galaxy" by Douglas Adams

In the last post I've made some remarks about the status of a picture with regard to its genesis. Looking back I think that I need to make some adjustments to what may seem, otherwise taken, a gigantic naivete. A picture, or a photo, has its own reality as an artefact. Itself a picture defines a space. Its own, the one enclosed in its boundaries. As such a photo may be considered an endpoint to a process of production. At least this is what is implied by “having a purpose” or being “finalized”. A photo, however, is not exactly a finite object, it is, so to say, only one half of it. What remains is to be supplied by the viewer along the different, implied, reading axis. More, in our times, the support is no longer needed to have some very large circulation. Loosing its body has photography lost its finalization ? I'm not sure of this. Browsing trough photography blogs there seems to be a recognizable nostalgia of the print on one side and “a not totally clear” onto the other, but the line is starting to get clearer demarcating the former photographer's approach to the Internet as a device to point to something else living outside (the prints) from the ones that are interested in exploiting directly the media as a transport device for the, now incorporeal, exchange of little pieces of space. But just to divagate from a theme ways too hot for this summer there is an other interesting question rising up laterally. Once we start to consider that of a picture a space of its own we are opening the possibility to explore it visually. This metalevel has been achieved in the early times of photography itself. The Alinari where among the first to make a successful and profitable use of photography in representing pictorial spaces. In recent times Richard Prince had a vast media exposure on the question of reuse (aka explorations, or appropriation) of ready made visual artefacts. Back in the seventies, when conceptual art was made, many photographers worked on the theme of reuse and exploration of the two dimensional world of past or utilitarian imaging. I suppose that each of those in my age has got some kind of inspiration from that. The “not Art” applied to photography at the time, however, relegated those quests to the oblivion. So it is with great appreciation that I salute a bold move from a small Italian Art Gallery: “The Studio Glenda Cinquegrana”, based in Milan, that is trying to promote, not without merits, the works from a young Artist who is focusing, mainly, for my knowledge, on the “flatlands” of past landscape painting.
Posted by Unknown