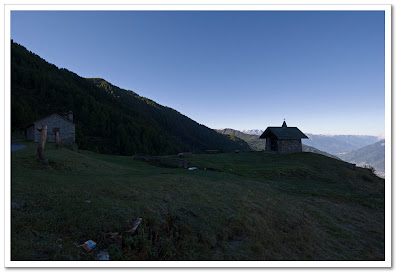 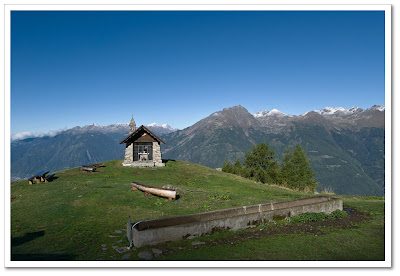 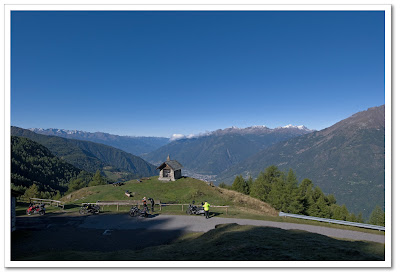 La Mota, Tovo S. Agata, Valtellina. Click the images to enlarge
Carrying on my digression on specialism, started with the previous post, I'd like to point out some considerations on what generally goes under the “New topographics” umbrella. As many of you already knew “New Topographics” is the name of a collective photographic exhibit, that established, along with several other similar tendencies in Europe, a new horizon in the “photographable” in landscape imaging. Socio economically speaking there's no wonder, in such a perspective, that “Kodak”, back in the seventies of the past century, was interested in. The exhibit however did not present an univocal concept or a unified view, even less some model to follow. While this is what makes it interesting, and in retrospect, forty years later, anticipatory, it is also one the reasons that limited the reach to a very restricted photographic realm. A simple measure may be derived by searching “New Topographics” in flickr and compare it to some other search key of your choice, try “landscape” itself to have a reference. The exhibit is said to have had an impact in promoting photography as a general form of art. I'm not sure of that, and even if that was true that of contemporary art may be an even smaller domain.
Posted by Unknown