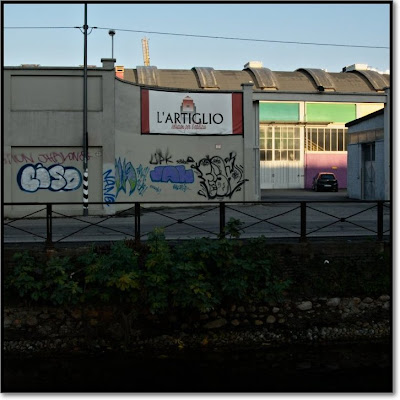 I have to confess that as a Computer Scientist I am devoted to open source software since its first beginnings. I still remember when I ordered, via Byte (the magazine), a tape full of every thing for 10$ (plus 40$ for shipping) directly from the GNU (at the time in person as Richard Stallman: RMS) , it was the 1986. My usual operating system has been Unix, HP/UX and then Linux.

As a photographer I had a split personality, in terms of software. For my pictures I have had to resort to MS Windows and Adobe software. The main reason was the lack of a decent CMS (Color Management System) for Linux. Recently I started to use argyll with my "eye-one display 2". It works pretty nice and given the display architecture of Linux the benefits of a calibrated monitor are available to any software package (even if not color managed).

But a CMS is not itself enough. A photographer needs to process his/her images. For computer graphics I usually work with gimp (for buttons, icons et similia). But I do not like to use it for my pictures. Mainly for its RGB orientation. I got used to work out my pictures in LAB. The separation of the luminosity layer from the color ones is for me a necessity.

Last year several RAW processors become available for Linux as a viable tool. RAW processing is present on linux since a long time with dcraw. Unfortunately when it comes to photography my personal need is to forget that I am an hardcore technician so I need as much as every other photographer something to work with and forget about.

Some weeks ago, having finally calibrated my linux display (i still have some issues with the black point), I decided to give to one of the evaluated programs, RawTherapee, a serious try.

The program has almost averything one needs, almost, cause it lacks some very important ones. I won't write down a list of interesting features. If you are interested have a look by yourself, one of the interesting things in open source is that you can experiment as long as you want without having to pay. Insetead I going to display what is seriously missing.

The nicest thing is the interface for cropping. It is almost ideal for squaring out pictures. I am still trying to figure out a good workflow. Anyway from now on I will point out if an image has been processed with RawTherapee. This one is the first. For the success or less of the experiment I will let you know about any development.
Posted by Unknown