Landscape photography, circulation and use 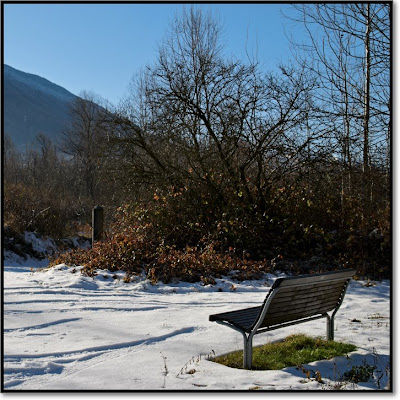 My blog list in akregator has grown to 350 blogs regularly coming in (considering only those related to photography). Of those feeds almost the 60% are about landscape. This is a small part of what is published on a daily basis regarding Landscape (out of a circa 1.200.000 photo blogs of any kind). I am not considering here the photographer's sites or other containers as Flickr or Photo.net or similar.

Most of what gets published (95%) will never be seen in a gallery or a museum and will never be printed (except in the case of auto printing). This set of considerations lend me to a little update on the theme I went on a few months ago: circulation.

Circulation in image making is an "elemental" component. Circulation is determined by the function (in communication terms) and competes in the formation of the aesthetic value.

If we look at the imaging history the second great revolution in circulation (after the introduction of the canvas) happened with the ability to print images with some kind of perceptual fidelity: halftone printing. The technique greatly increased, for the image makers, the options for reaching a large public. Images lost their aura given by the scarcity (or uniqueness) . But I'm not going to speculate on this point, tons of ink have already been used to write upon the effects. The only thing to consider, socially, is that printing needed a capitalistic infrastructure to reach large sectors of population. Few ones where able to have access to those technologies. This meant that some kind (whatever) of control was imposed on what was to be seen and what not.

A lot of you will remember how things, in the imaging world, worked till, say, 20 years ago. Except for cases of direct circulations (very restricted) there was always somebody with the power to decide what was worth to be seen. The power was divided between editors museum/gallery curators and critics. But in any case it was not the one making the image who had the final power to decide upon. This led to several distortions including the birth of several fairy tales about the way in which photographers were supposed to work. One of the best example is that of "Cartier Bresson" who's photos taken in the mythical "decisive moment" where perfectly in line with the "you push the button and we do the rest" of kodak's memory. By the way does any of you know the name(s) of the developers and printers of his over or under exposed famous clicks ? Does any of those had the name printed along with his pictures ? As photographers we know that post processing is as important as the taking in terms of outcome. Clearly a blatant lie propagated either for propagandistic or for marketing reasons or worse to disguise the industrial, and not individual at all, process. A cynical one could also argue that the grainy aesthetics was not intentional (who intentionally does a bad exposure ?), eventually it became an aesthetic norm as consequence of the fable.

And so we get to the third revolution: Internet. Publishing there did not require large amounts of capital. The need to publish photos with ease was certainly the driving force behind the huge success of digital cameras. But what did loose the image in such a case ? In the first place the support. Reduced to a bunch of bits images could freely circulate along the Net. But this was not the only thing images lost. At the end they also lost the controllers. Well the latter orphanage is still not completely resolved given the highly relativistic aesthetics coming from this. A lot of people still seems to need some kind of guide (oracle) to know if an image has some aesthetic value or not. But from the advent of internet it is only a matter of individual knowledge, taste and skill in using the instruments. So, as of today, images lost the context (in the case of the canvas), the uniqueness (Half tone printing) and finally support and selection (Internet).

But back to the beginning of this post. What is the use of the published Images on blogs ? Again, the aesthetic value follows the function. And guess what ? The function is not to produce art but to communicate. With a nice anachronism the use of the term "art" is getting back to the Renaissance mean. Something more related to an ability (or a quality ?) of the maker.

And in terms of landscape what do we communicate ? Personal visions of the world. But I will get back on this in the (hopefully not to far) future.

POST: I am speaking here of still images. From frescoes to digital painting.
Posted by Unknown