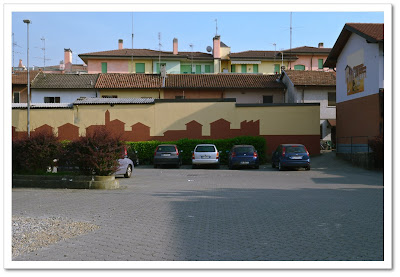 "I earlier stressed the spontaneous capacity of even small children to tag facts according to whether they belong to one or another pretend world, or to the real world, and moreover to be able to cross imaginatively between worlds without confusion. This is a fundamental human faculty with, again, crucial survival value: an imaginative species whose members could not distinguish seeing a tiger in the forest from day dreaming about a tiger in the forest would have been at a distinctive competitive disadvantage. But the manifest evolved ability to discriminate between what is true or valid in one world from what is fantasy does not mean that everything in a make-believe fantasy world is a make-believe fantasy fact."
Denis Dutton “The art instinct” 2009

A distinctive tract of several idealistic variants in humanistic disciplines (Philosophy of art included) is the way in which connections with reality (the real tiger in the forest) are established. From that point of view reality is always something to be interpreted and scrutinized as a possible source of forgery. It is not a case that some vulgar deviations end up either denying it either necessitating its repair.

In many cases there is always a perceived contradiction or rupture, supposedly newly formed, as the starting point of a theorization.

It is the case of the outcome of my recent second reading of Lyotard's “Post modern condition”. I've become acquainted with his seminal writing 25 years ago (more or less) as a consequence of my reading of a couple of articles in “Domus Magazine” (an Italian Architecture Magazine) by “Achille Bonito Oliva” founder of the so called “Transavanguardia”. The concept exposed where so crippled that I felt the need to go to the starting point.

At the time the reading impressed me a lot. It was the time of the death of ideologies and my vision of the new world disclosing was that of a sea upon which ideas, concepts, credences from different context, times and even intentions where scattered as floatsams. A gigantic junk yard of clashing symbols conveniently adapted.

But year after year it became clear to me that what Lyotard was perceiving as a characterization of the information society was indeed a description of the way in which life goes on in our culture in general. I wont call it evolution since the term incorporates a somewhat optimistic hope in a progress whatever nature it has.

I've already treated the concept of anachronism, a fundamental force in cultural motions.

To be more clear I'm not interested here in the so called “Postmodern art”. Frankly its flavor is to much on the side of the “Modernism” in its search of the “new”, Lyotard himself is sure to have found a new development. Plus the related artistic movement, at the time, was related to more constructive arts than photography as architecture or painting (mash ups included). To be exact PostModern artists where still searching for something new to be chewed by Art Critics, so more than looking at a state of affairs it come, in artistic terms, to the creation of heavily symbol based new contents.

But photographers have to deal with reality. If we need a picture of a tiger we have to face one or photoshop one from somebody who faced it (down to the chain to your liking considering that for each surviving tiger there could be, at least, ten pictures). As a descriptive art photography is not meant to formulate possible futures unless turned into something else.

So I've come to the theme “Post Modern Condition” (pmc) as a solution in categorizing some landscapes I'm doing and as a manifesto for my purely descriptive approach to reality. Generally my themes go along with some specific location. But a generic container for images sometimes comes in handy. To cite a famous case there is the one from “Mario Giacomelli” who used to keep a generic container for the not easy to classify pictures or the ones taken while developing a specific theme but not related.
Posted by Unknown