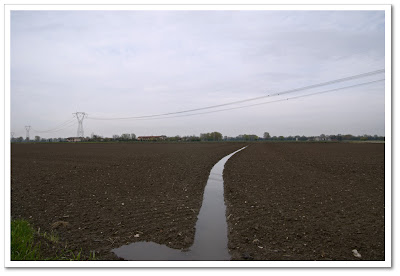 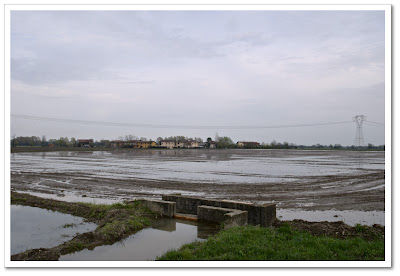 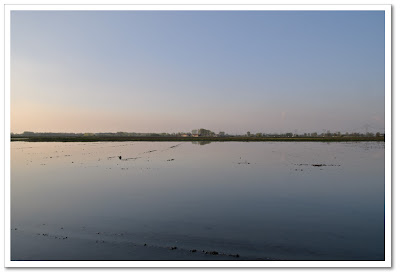 Click here to follow the whole series. Or here to browse everything published about the PASM (Parco Agricolo Sud Milano). Click the Image for a larger view.

The problem of derivatives and visual expression levels

One of the deepest problems that an Amateur Photographer Artist -- an exact match in my case -- faces is that of the so called derivatives. A problem that, generally, does not bother the professional one, after all he is in a business, and therefore, the object must be defined previously in a contract. Sometimes the problem gets to a level of such anxiety that the poor APA has a complete block. However if we look carefully, as usual when in doubt, to history, of imaging in this case, and even of general expression, we will see that the need to always make something new and totally original, occupies only a small slice of - historical time: the modernist one. Fortunately or not, those times have passed. Consider, for example, the case of the novel writer, he certainly has no need to always come up with a new written form, well maybe he will modify some rules a bit, succeeding only if he/she is very clever, to better adapt to her/his style, but in the end, to be understood, she/he needs to write in the conventional way, or so to say derivative. Or do you think, getting to landscape painting, that Canaletto even considered for a second that he was making derivatives of Caspar Van Wittel ? I think that he was more interested in representing a place, to derive a painting to sell to somebody interested in the semantic referent, whatever it was, and the more he did the more the money came in. Canaletto, as much as Van Wittel were lavishing their art, and applying techniques, to tell something. As much as in writing I like to think about photography, or in general in imaging in the same way. Someone may be more interested in poetry than in telling tales. Someone will look to make a single picture of great force, someone else a meaningful sequence. An Artist's audience could be that of other Artists as well, for a Landscapist, that of the Garden Architects, just as an example. I'm not saying with this that modernism was wrong, history is never right or wrong, it has been, full stop. Instead I think that in the anxiety of making new things the expressive horizons have been enlarged a lot. And yet many of those novelties have not been completely put to use, sometimes even forgotten under the pile of the ones coming in later. Now it may be, I suggest, the time to harvest all that grew up in the last century, and before, instead of consuming ourselves, if not the world in some cases, in the search of the new for the new. Well, that does not mean that there must be no more research, each of us will do it anyway, at least to learn how to use expressively the instruments of precisions that we have. Anachronism, see a previous post here, may be a real source of ``novelty''. There are also some solid cognitive foundations in this discourse. Given the exponential growth of the number of images that we deposit in our memory it may be almost impossible to speak or even think of newness in imaging any more. Just as an example I've read recently about the increase in image processing speed of human visual sensor system. As measured in some neuro sciences experiments (I've twitted about it a few months ago) the number of processed images per second in a few generations bumped up from 60 (for subjects forty years old or older) to 200 per second (for subjects in their twenties).
Posted by Unknown

I missed the twitter comment about the improved visual processing speed in people. I'll have to go find that.

I think you are right on some level about professionals vs. amateurs regarding 'The Anxiety of Influence' in photographers. I think most professionals try to maintain their inner-amateur, however, and suffer as much as everyone else, especially in their personal work.

Mark you are right, perhaps a better categorization would have been on the kind of work: on a contract or not. But even there the distinction my be subtle. But right or wrong the distinction may be, what remains is the all "modernist" paranoia in newness and its "double bind" effect.

I'll browse the tweets to find the reference as soon I have the time to get back :-).