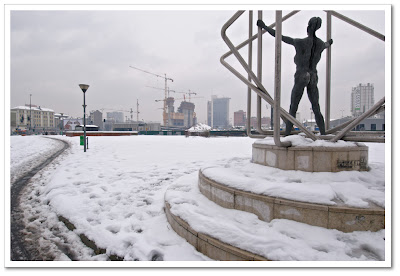 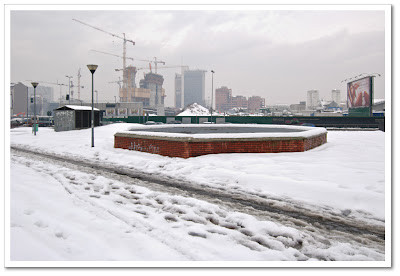 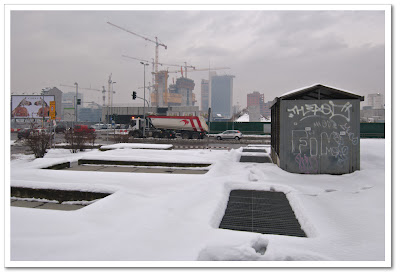 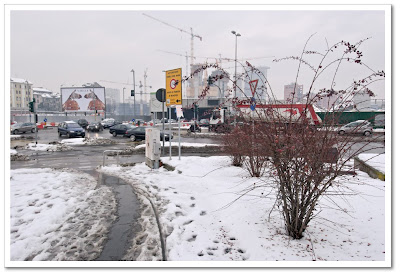 Milano Gioia / Garibaldi
One more assumption we can make about the subjective view rendered by a photographer, and this one is somewhat stronger than the one in the previous post, is that there are only subjective views even when they pretend to be objective. As I have pointed out two posts ago objectivity, as a belief, need continuous enforcement of the rules either institutionalizing the control either by punishment (as it is the case in excluding someone from a competition or firing the photographer from his workplace). But what is so important in the belief of objectivity to be defended so strenuously ? Just to avoid a position of simplistic relativism as in "the night where all the cows are black" let me say that I'm pretty aware of the need to have some kind of conventionality in every form of communication, and when it comes to matters of fact a view may be better that another one and even more objective, as in the case of "looking into a gasoline tank with a burning matchstick may be dangerous". However I do not think that protecting an Idealistic idea of objectivity may be a solution. To be honest I have no solution at all. I've found that, if read in an historical perspective, this short text from Minor White contains some interesting starting points for reasoning on what may be sharable among different subjective views. The series from Porta Garibaldi in Milan stops here by now, hope to continue it in the next weeks as soon I will have the time to get there again.
Posted by Unknown

Enjoyed the series, Mauro. I'll be curious to see what else you do with it, if you tie the images to a map or something.

Of course you know about Joe Reifer's journey's w/ a camera and the manner in which he presents them. They make for interesting little slide shows.

Kent I'm not sure of what to do. But I still have not finished with the area. I'm editing now the "sequel". Was looking for a pdf booklet.

Yes I've seen Joe's slides. Since I'm certainly not a lightning fast editor a slide show for each walk would require either less post or to much work to stay in the three days gap.

BTW thanks for visiting and commenting.