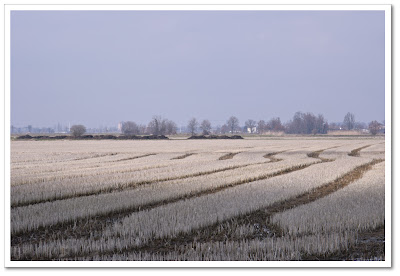 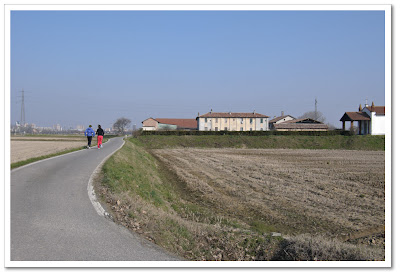 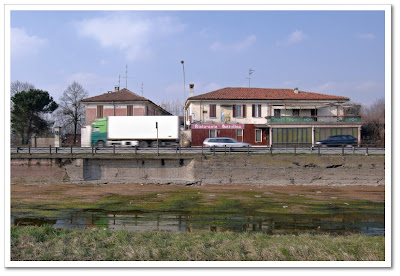 Just some notes on the place. Imagine a huge garden of about 460 square Kilometres (287 square Miles). Cultivated since 2100 years ago. With a capillary irrigation network and an abundance of water, coming all year long from the Alps. The Roman Republic began it's massive exploitation of the area, levelling the soil, regulating the waters and cutting the original vegetation that covered every thing for centuries. Thousands of slaves from the past up to the present day. Once the brute force of the bodies today the brute mechanic means. Laser levelled slope. In the middle ages it was a place of power and abundance. Today a terrain waiting to be built. Home of the love for the horizontal in architecture, as opposed to the north European, Gothic, uprightness. The very best natural resort near Milan almost unnoticed by most of its inhabitants ... Parco Agricolo Sud Milano (PASM).
Posted by Unknown