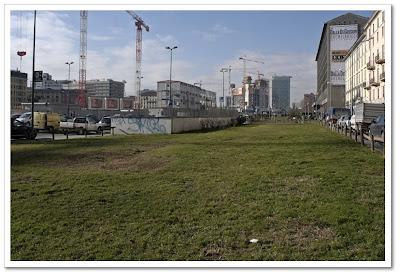 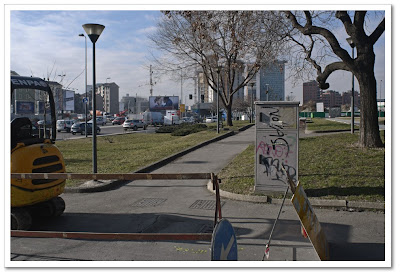 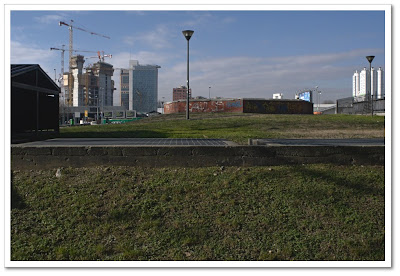 The first impact of blurb, with regard to the practical help the site hands out, is of dismay. "Hell another site for Adobe devotees" was my exclamation. Just to say it plainly and once: I think that Adobe is exercising an unfair use of its dominant market position both in pricing and in sloppy quality of the software. But, fortunately, while Photoshop may have no rivals, Adobe's tool for desktop publishing has some fierce rivals in the Open Source world, and, much more important, on Linux (I'm a linux user and programmer till the day one when in circa 22 posts I've got it's former version in the usenet news). The simplest and easiest one to use is Scribus; to start out I've made some experiments with it. The Metrics from the blurb calculator were easy to adapt after having grasped the intricacies of blurb margin and boundaries settings (the mentioned paper model helped a lot).Scribus however is a wisyg and that means that it is quite easy to get to a first draft, but it requires a lot of clicks and it is short on automation. Yes there is a templating engine but it seems best suited for short brochures. Changing the style of an already made book requires a lot of repetitive and not automated work. Till now my needs always have been of pure text pdf writing. For that I've always resorted to an other tool: TeX/LaTex, in my opinion the best publishing software ever made and fully available in the open source free for the entire humanity. Unfortunately TeX/LaTex is a bit uncomfortable to use for a total end user. Mainly you operate it from the command line, you may as well resort to and interactive shell, but I think that at the end the command line version is simpler to use and after some exercise it is easy to make a set of automated scripts that in a few steps will reassemble the entire book. So I decided to do some googling to find out what was available from the LaTex community for composing books and photobooks targeted at blurb. As for almost everything in the TeX/LaTex world I did not come away empty handed. To begin with you may start from this resource that Eric Jeschke kindly made available in a true open source spirit. The post comes complete of a downloadable archive containing the basic scripts and the picture of one of his books. You may either study the way in which the metrics is laid out or simply assemble his book till you are sure to have a fully functional LaTex setup. There are two supported formats one to build up a blurb pdf and one to make a web version for the web.
Posted by Unknown