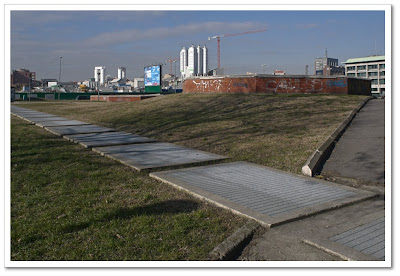 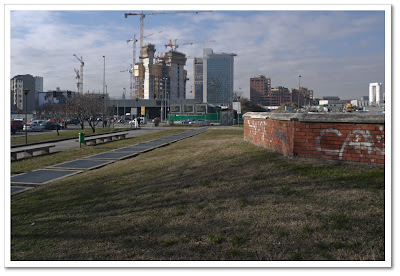 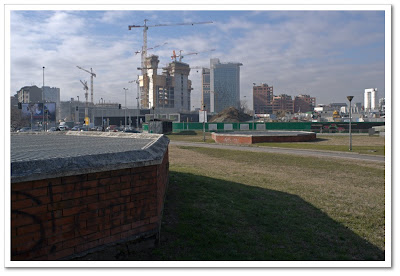 Milano Gioia / Garibaldi. Drift/Dèrive map
Last week I took a small vacation away from the blog. As usual in Italy the months preceding summer time are the ones where every body decides to do things (just to stop a few months later and resume operation in the late autumn). This generally ends up leaving a short time for everything. In some ways it is a habit coming from the times when life was marked by the seasonal vacancies. But, wherever it may come, it is a clear manifest of our incapacity to act in a socially organized way. But just to make something useful out of this post I like to point you to a book that I'm reading with great joy: "Thoughts on Landscape" by Frank Gohlke. The book consists mainly in interviews, intros and a few articles, the paperback edition is more than enough for quality. But even in the, somewhat, unordered collection, the book contains some very interesting thoughts expressed in plain and straight concepts. His interviews are touching in a sense I have rarely found in a book containing writings from a photographer, even in words he is clearly motivated by a search for a truthful expression of his visions and experiences. In books written by photographers we got used to a posthumous kind of rational reconstruction of their acting, it is not the case here. Gohlke may even seem to be the incarnation of the conscious landscapist. Something, I bet, many of us, aspire to be.

"I just love the way things look, all things, even if they're awful things. You know, the necessity to make moral judgements about whether this or that thing is desirable comes later, but what I'm motivated by, first of all, is just a fascination, a love for the fact that things exist in the world; they have a certain appearance and that it's possible with a camera to create a picture out of those appearances, and if you do it right, even to suggest that those appearances might have certain meanings or implications for us.
Frank Gohlke"