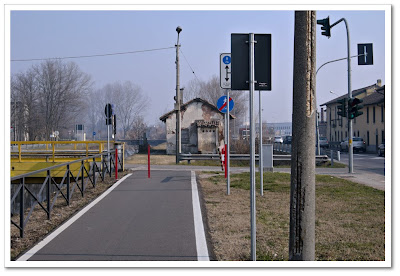 It has already been pointed out that photography does not have, per se, a strong theoretical support. Its enough to get to a library and compare the number of technical or practical books against the more abstract ones, and when you find one that in some ways declares this intention most of the times it is very down to the earth to depressing levels, with some notable exceptions as the ones form Stephen Shore or Robert Adams or Andreas Feininger. Its a fact that only in recent times Academy decided that it was worth the effort to plunge in, whatever the reasons. Perhaps its an effect of those little digital cameras every body is handling, even there. The net increase in apparently well exposed pictures may be somewhat reassuring. However the contents are generally more about historical traits of photography when not extra photographic as in the case of what is to be considered documentation. Problem is that photography is not a theoretical or abstract domain. Photography is a practice. An it is three times a practice. One for the making one for the use and one for the fruition. Its also a fact that Academy never had a benevolent look at practice. But we need theories. At least to have some guidance in the teaching/learning (self). Its easy to see that in my point there is a strong doubt about the value of Photography schools. One may be tempted to resort to how the education of young painters was conducted at the times of Raffaello, where the solution to introduce someone to a successful imaging practice was a bit rude to say the least. Unfortunately in our modern times we have some limitations about the degree to which a student may be beaten. So what to do ? With the series on Geography -- I'm slowly going backward retagging where needed -- as much as in my photographic drifts/dérives, I'm trying to have a look at what is or has been produced in the visual neighbourhood trying to preserve a photographer's approach, one based on framed portions of the whole. Just the idea so to say. In other times, and with a somewhat more optimistic evaluation of the time needed, I've taken a different approach, more oriented to a deep comprehension. It may be useful but it takes time and, as in my case, if time amounts to years the difficulty lies more in the choice of the branches to follow. Its a bet anyway. Not always successful. This wont make nobody a better photographer, or at least is a path that does not give some instant "tip". I know.
Posted by Unknown