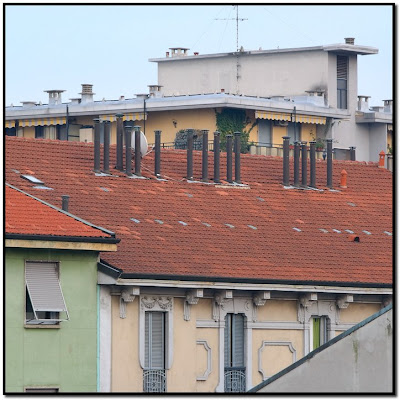 All the picture subjects in this series are from Milan near or along the "navigli area". I went to live here in 1977. Even if tightly integrated in the city and partially destroyed in the WW2 it presents a lot of "melting" areas where the new interacts with the old. The old too is undergoing what we could call "Disneylanding" were old themes are either built ex-novo or decorated in heavy supposed to be traditional/vernacular taste.

In geographical term it is a difficult and complex area to study. Cultural layers of at least a couple of millennia nest together.

Actually this series could be a future project but i am better considering it an exercise.
Posted by Mauro Thon Giudici No comments:

Recently several interesting photography blog posts has been centered on the uniqueness or beauty or exceptionality
of the subject in photographic sense, see George Barr for an interesting set of considerations.
I've found this post on http://pruned.blogspot.com to be pretty amazing as an example of exceptional landscape. See also the followup.
Posted by Mauro Thon Giudici No comments: 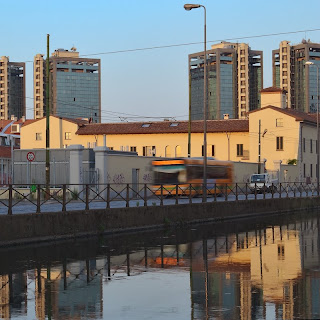 Composing for a square frame with a dslr camera is an interesting challenge. The only trouble is that you loose a lot of information along the process. However this exercise is making me to try harder in previsualizing the outcome why trying to not fixate to much in it.
Posted by Mauro Thon Giudici No comments: 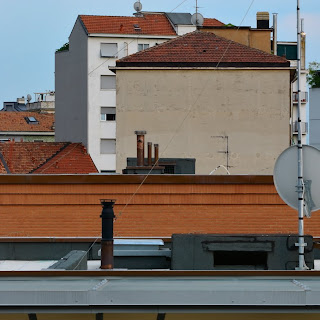 As in previous posts this is part of a series of exercises in using a square framing.

A funny thing is that i was considering to use for the series a numbering based on the Russian word for square: площадь devoting the whole to Kazimir Severinovich Malevic and his black square. At the end i opted for a more modest Italian prefix: quadro. 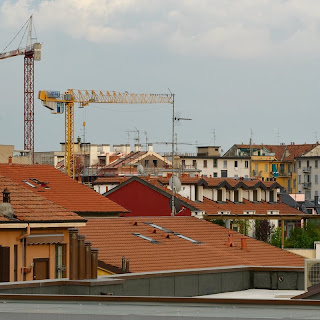 As told in the previous post i am going to experiment with square framing. The images are from a series i had been working upon for some months and are taken from my balcony. The biggest difficulty is to get used to a viewfinder that is not exactly what your are going to get as a final result. However there is also a bonus, you can chose more cropping points and see later what holds or not.
Posted by Mauro Thon Giudici No comments:

Home pages are the most valuable real estate in the world. Each year, companies and individuals funnel millions of dollars through a space that's not even a square foot in size.

I am speaking here of the diffused rectangular shape dating back to the old days of 35mm film. This shape transmigrated, almost untouched, in DX, FX and 4/3 digital formats.

I am using horizontal to mean a rectangular frame who's longest side is on the upper and lower side, vertical otherwise.

In landscape the horizontal frame is not a big problem till you get to something you want to insulate that is pretty vertical. The braindead rule here is that horizontal things go horizontal and vertical go accordingly. However this is not that useful at all. If you put something vertical in a vertical shape you will have two vertical vector competing for predominance.

Sometimes vertical can be carefull composed in a horizontal frame but it is not the norm.

To get things worse web is not vertical friendly. First the monitors tend to have an horizontal frame, and the omnipresent wide screen are even more pronounced in this shape.

Recently following and reviewing the web pictures of one of my preferred contemporary landscapist, Mark Hobson, i have appreciated his use of the square format. In web terms it is simply perfect. In compositional terms i not so sure for it's use everywhere. Certainly it is far better in vertical situations where the vertical of the composition can live in a better way.

Next i am going to publish some experiments.
Posted by Mauro Thon Giudici No comments: