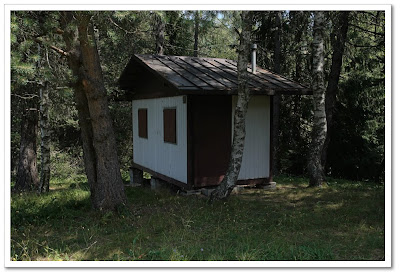 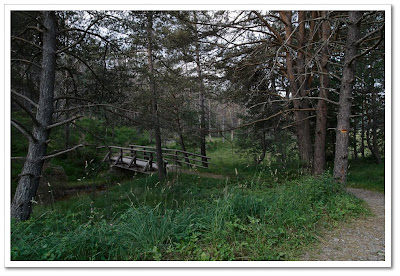 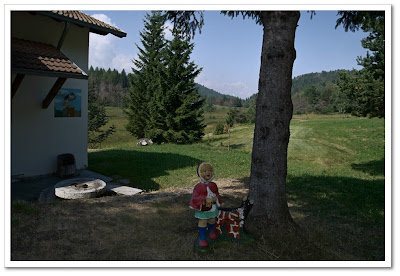 A kind of ruin

A ruin, in our common knowledge, is any building that, lost its original function, lays in a state of abandonment and decay. But, as it was the case of the "Parco Agricolo Sud Milano", the built environment goes far beyond the sphere of the constructions to embrace the larger category of any man made or shaped environment.
Recently, looking at the book "Tree line" by Robert Adams, this idea hit me in a clear way. In his book Adams presents several pictures of remnants of environmental works, such as wind barriers, made by living trees instead of bricks, rocks and adobe. At first this may sound a bit disorienting but how would you call them if not "ruins" ?
It is the case of almost all the Alpine landscapes. Far from retaining their original function most of the Alpine landscapes now have been frozen to the present into something more like a wax museum either by nature conservationist either by tourism promoters.
Posted by Mauro Thon Giudici No comments:

A first attempt on blurb.com: AMNESIA

AMNESIA by Mauro Thon Giudici
A few months ago I have pointed out my will to exploit the opportunities that on line book publishing is offering. In planning the first attempt, just to see how things worked, I had been looking for something simple and concise with a few pictures just to keep down the time needed to rework every thing several times. The idea was to get ready in time for the participation to the “Photography book now” (PBN) contest on hosted by blurb with a more demanding work. Along the way several factors intervened disrupting the road map that I figured out and the PBN project became the testing bed for the first book. As a move it was not so smart as a way to participate to a contest. I ended up doing everything in a hurry and without the time to rework several things in the book composition that I do not like and I certainly need to do a more thorough photo editing. In the printed version the images lack of contrast, the rendering of the printed photos was one of my main concerns given the not so close resemblance of the preview available in photoshop via the blurb CMYK profile. I do not print either as a choice either cause I am really not interested in prints, even the ones in the galleries do not tell me that much if compared to the ones in a book. So with a very little experience in printing relying only on the photoshop simulation via the blurb profile is not so realistic, and it could not have been otherwise given the different media. The main problem is to catch the proper black point, as for colour, I think that all of us who publish in a blog or rely entirely upon online appreciation have already adopted the habit of not being worried to much by colour inconsistency or shifts. Unfortunately, I suspect, there is little to do except to pick up some experience with the usual "try / test / redo" routine. But even with all the defects I'm quite happy with it as a first result and certainly to participate gave me a deadline to meet. Let me know what you think about it and in case you like it vote for it.

Refrain from buying :-D I am going to update it with a new and corrected release just after the end of the contest. By the way I'm back from the vacancies from the Alps. The blog vacancy however lasted a bit more. Trouble is that my vision on the use of the media are still confused. Sometimes I think about the blog as a device to display some ongoing work sometimes, instead, I feel that it has its own peculiar traits. I'm trying to sort this out.
Posted by Mauro Thon Giudici No comments: