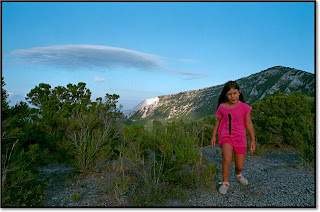 The debate over film versus digital is, as usual, high in a lot of forums. I think that most of the debate is based on a misleading question: Resolution. The problem, I suspect, is not of major or minor resolution instead it is a matter of "chaos".

In some ways a film is itself a discrete sensible support as much as a digital sensor array (the grains of the emulsion are in finite quantity) but the atomic information is scattered along a more random distribution compared to a digital sensor. In digital you can correct the excessive order by using an unsharp mask. I am not meaning the Photoshop (or what else tool) but a traditional unsharp mask like the one used for film printing.

Digital is neither better nor worse than film. It is one of the different sensible devices we have to take pictures . As usual when you have a choice there is something you loose something you gain. But a thing that I really miss was the freedom of choice in film makers.

You still have the choice in digital but you have to build up a duplicated set of camera and lenses.

I stopped to take pictures on film when Agfa shut down its production. I really loved the way Agfa rendered the greens. What I really do not miss are the film labs with their absurd prices and bad practices.

I have a huge archive sitting there waiting to be scanned. The time it will take to scan is gigantic, and I am using one of the fastest scanners you can find on the market.

I took this photo in Lipari in 1998 while I was out with my daughter. She always gets bored in assisting me. So we ended up in a play.
Posted by Mauro Thon Giudici