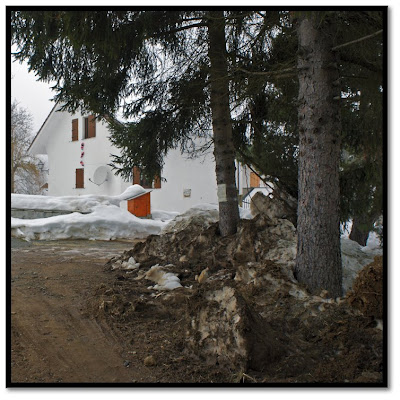 Recently there has been a flourishing of paper only photo magazines. I understand the need to find out something that may have some kind of pricing, a difficult thing in Internet times. On the other side the the printing process is in the beginning of its obsolescence and, as Schumpeter noted in general for the technological progression, is still viable and getting cheaper thanks to the newly gained marginality. I think it is a wrong way. Certainly those magazines will generate, in the first time, some sort of glocal community. But in the long run (and maybe not so long) circulation will be severely impeded by rising costs.
Along it's history art always followed, and adapted to, the media that at the time promised the highest levels of circulation.
But, even not taking into account the reach, there is an another problem I see. To gain some kind of circulation those zines have to rely on the Internet for the marketing. This means a lot of visitors coming to the site and being deflected by a "buy to see". Something similar happens in the so called "Fine Art" where lots of people pretends to sell prints showing off stamp size pictures. In the end the risk is at least a loss of credibility.
Instead I find Internet accessible zines pretty useful and entertaining. Still the online ones have to find out a way to get some kind of income. Donations, on small numbers, are not so viable.
Posted by Mauro Thon Giudici