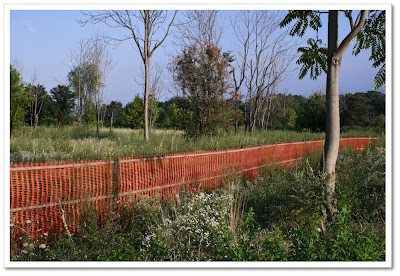 Since when I've started again to take pictures, three years ago after a stop of seven, my approach changed sensibly, and it is still changing fast. I'm not sure if it is only an effect of speed at which today we are moving ideas in and out of the Internet, after all seven years ago the Net was there, and I was there since day one.
I intimately think that it is something new. For a long time I've followed several theoretical and practical paths hoping to reach, at some point, some kind of synergy. I'm not totally sure, after all my lack of self-confidence is a distinguishing trait of myself, but in some way it is going to work, more now that I've filled many of the gaps I had on the history of landscape painting. An other point is that of my studies in Psychology and Physiology of vision. This one is having a great impact on my photographic doing. Mainly my visual interest are shifting from the object/subject to my subjective vision and the effort to communicate it. Yes in many ways I feel that I'm getting close to what Paul Klee said in a conference about which I've posted here.
Posted by Mauro Thon Giudici

I LIKE it. Someone's done a fine job of putting up this temporary fence.