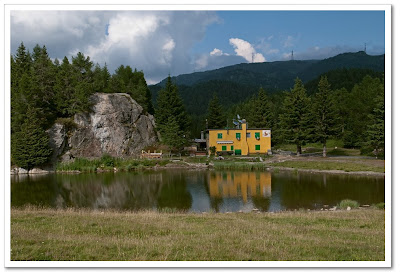 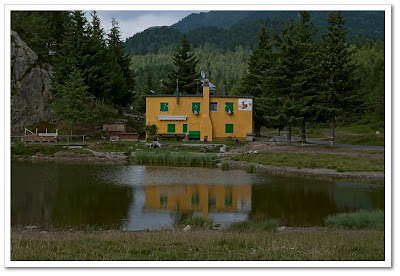 And when I came out of my solitude, and for the first time passed over this bridge, then I could not trust mine eyes, but looked again and again, and said at last: "That is an ear! An ear as big as a man!" I looked still more attentively- and actually there did move under the ear something that was pitiably small and poor and slim. And in truth this immense ear was perched on a small thin stalk- the stalk, however, was a man! A person putting a glass to his eyes, could even recognise further a small envious countenance, and also that a bloated soullet dangled at the stalk. The people told me, however, that the big ear was not only a man, but a great man, a genius. But I never believed in the people when they spake of great men- and I hold to my belief that it was a reversed cripple, who had too little of everything, and too much of one thing.
Thus Spake Zarathustra by Friedrich Wilhelm Nietzsche

Just a short quote while thinking about the ghettoes of photography. I'm not a great fan of Magnum but I have been really interested by some passages from the interview with Martin Parr linked in the last post. Specialism in photography has several declinations. It may be an interesting study tracing them back to the origins. An interesting case is the one that, conventionally, goes under the umbrella of the "New Topographics". To be honest the thing is so specialized that it is even impossible to circumscribe it without resorting to a rather long sequel of caveats, too many for a blog, partially covered by the never enough praised recent re edition of the exhibit catalog: "New Topographics: Photographs of a Man-Altered Landscape, held in 1975 at the International Museum of Photography" edited by Steidl.
Posted by Mauro Thon Giudici