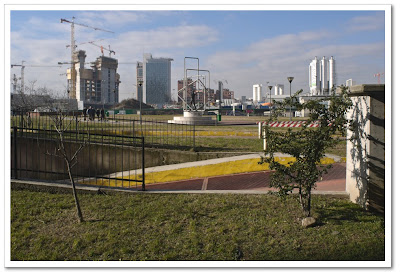 Philosophy what's the use ? After all Kant was formerly a Geographer

With this post I'm starting my first instalment in philosophy as anticipated here. But first some general advice: I'm not getting into what Philosophers may have said about photography or painting or any kind of visual form of expression, in general such approach, except in particular cases, never gave me any interesting outcome; the job of the philosopher is way too far from practice for my taste. But Philosophers too have to delimit their field, and the way they do it is so much like what we, photographers do, framing out contents. More or less this is the same approach I've taken with Geography, even if, in that case, we were dealing with the science that has as an object the same as a Landscape Photographer has: land's surface.
I'm not even getting into deep and academic contortions (a promise that I'm not so sure I'll completely comply with). Anyway I'll try to keep an homeopathic approach and give only some fast snapshots where possible.
It's fortunate that in these days any inhabitant of the western world had the opportunity to devise the profound meaning of the word "immanence". The eruption of a volcano, with all the consequences for the aerial traffic, may be considered an accurate display of what is immanent to us. Setting the border among immanence and the rest was one of the preoccupations of Immanuel Kant as well discussed in his essay "De Mundi Sensibilis atque Intelligibilis Forma et Principiis" included in his "Inaugural dissertation of 1770". In the essay, "Dissertation on the Form and Principles of the Sensible and the Intelligible World", in English parlance, Kant introduces the process of going from an abstract whole to the different particulars (indefinite) composing it and vice versa. As in his style he starts with the general assertion to proceed demonstrating and expanding it as much as if it was a theorem.

I do not think that there is any necessity for a further explanation. Here he gives us a dynamics of thought. Prosecuting he introduces a concept that may surprise many of you, and, hopefully, make some resonance with a key concept in bidimensional representations, that is, albeit in a finite domain, our whole.

"... Similarly, a substantial composite being given, we easily attain to the idea of the simple parts by the general removal of the intellectual notion of composition; for what remains after the removal of conjunction are the simple parts. But according to the laws of intuitive cognition this is not done, that is, all composition is not removed, except by a regress from the given whole to any possible parts whatsoever — in other words, by an analysis again resting on the condition of time ..."

Some of the more affectionate readers may remember Constable's idea that time, in a landscape painting, is what it takes, for a viewer, to scan (appreciate) the artefact. The same applies when we study our subject, always presented to our senses as a whole or as a composite ? What's the difference ?

" ... But since in order to a composite a multiplicity, in order to a whole, the allness, of parts is required, neither the analysis nor the synthesis will be complete; hence neither by the former will the concept of the simple part emerge, nor by the latter the concept of the whole, unless either can be gone through within a time that is finite and assignable ... "

Yikes! I'll try to follow along, Mauro. But I expect the pictures to ultimately have more to say to me than Kant, and the rest of the DWM's (Dead White Males.)

Kent, the general approach to Kant is to read it, ruminate it, and keep going. The pleasure of ruminating such a small fragment of thinking is, perhaps, assimilable to a Vulcan meditation (as in Star Trek), or, if you are so earthbound, to a Zen one. SO my advise is to not stay to much on what that means, but, instead, to see it as a mind's space as well.

Maybe so, but I think it unlikely that I'll be taking the time to read Kant in the first place in order to do any ruminating. Other readings will likely take precedence.