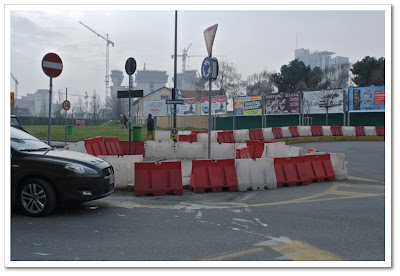 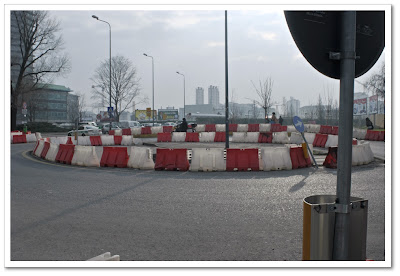 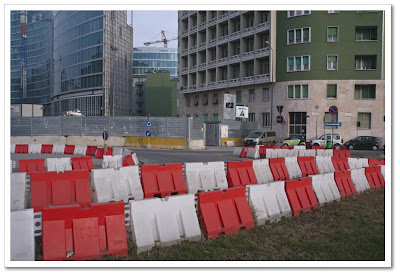 Milano Gioia / Garibaldi
In the last post I've left a link to the Wikipedia definition of Dérive/Drift in the sense intended by Guy Debord from the Situationist International: SI. I've read the SI manifesto 30 years ago while trying to find a way out from the heavy, for excessive ideology, Seventies. Recently I've stumbled upon them while reading an online, and free, book: Critical Geography. The book collects several articles some of which of historical importance, among them: Introduction to a Critique of Urban Geography written by Guy Debord (one of the most visible actors in SI). Geography is a sibling of Landscape Photography, they share the same object: surfaces. Photography itself is all about surfaces. Both had their rise in the second half of the nineteenth century and both had a dramatic impact on the way we shaped the world in which we live. Critical Geography tries to introduce the idea that geography may be studied along different, either quantitative either qualitative, points of view as in the case of "Anti colonialist" Geography or Feminist Geography, see this entry in Wikipedia for a panoramic view.
Posted by Mauro Thon Giudici

Funnily enough, I've been poking around in old SI texts myself, recently. Vaneigem's "Revolution of Everyday Life", Debord's "Society of the Spectacle", etc. I've found them very interesting but, from a British point of view, there is also something very funny about a bunch of European hyper-intellectuals doing little more than getting very stoned and wandering about the place in a daze, then feeling the need to write it up as a contribution to knowledge and world revolution. "Raoul and Guy's Excellent Adventure", perhaps...

In Britain, "psychogeography" has become associated with people like Iain Sinclair and a school of writing which tries to suggest that places (particularly places in London) have a memory and an influence over human life -- it's that old British obsession with ley lines and the like, dressed up in modern clothes. It seems we're all still druids, under the skin...

I must admit, the idea of the derive does fit very well with my own aimless-but-purposeful wanderings with a camera.

I suggest that you read the article by Kroptokin at the beginning of "Critical Geography". That is really funny for an old temper ex communist.

Will do, I could do with a laugh. It was all such a long time ago, and seemingly on another planet, wasn't it? Never mind "you can't step into the same river twice", it seems you can't live on the same planet twice, either...

Mike,
exactly a laugh is what I expect from the reading. But a little black spot remains ... couldn't it be that way ?

Certainly it was an other planet, and I was certainly another (having some identity problems now :-).

But at the end I think that the feeling that something most be wrong may be, as Douglas Adams wrote, pure paranoia and a feeling shared by each living being in the Universe. Nevertheless I have it.

This is a brand new subject for me. I don't think I've ever even seen the term 'critical geography.' It looks like great reading. Thanks for posting the link to the book.

Mark,
thanks for visiting, I'd would like to have some more pointers about you.

As for the links, well, I'm and old Internet addicted and I always feel the need to give something in exchange for the visits. To expose my readings is the best I've found till now.

I just realized I posted that comment using my google account which didn't have a profile set. (I've been looking at google buzz). I've updated the profile with a little more info

Hi Mark,
we are all buzzing around. Let me know what you have figured out about it. Looking to share some considerations about it.